Home / News / Industry News / What are the common quality problems of solid tires?

1. Delamination: There are circumferential cracks or delaminations between the rubbers, and there are many inflatables.
reason:
(1) The rubber compound contains moisture and sundries, especially the viscose is polluted by rainwater and sundries during storage and transportation.
(2) Poor heat preservation of the embryo and the temperature fluctuation of the vulcanizing machine cause insufficient sulfur.
(3) The embryo is formed too early and the parking time is too long, resulting in the self-sulfurization of the rubber in the center of the embryo.
(4) Overload and overspeed operation during use.

2. Off the circle
reason:
(1) The viscosity of the adhesive does not meet the technological requirements.
(2) The surface is contaminated after applying the adhesive.
(3) Poor heat preservation of the embryo and the temperature fluctuation of the vulcanizing machine cause insufficient sulfur.
(4) Overload and overspeed operation during use.

3. Block drop: The rubber surface is partially broken off
reason:
(1) The mold was not opened in time after the vulcanization time, resulting in over-sulfur and aging.
(2) The rubber compound is mixed and heated unevenly.
(3) Poor heat preservation of the embryo and the temperature fluctuation of the vulcanizing machine cause insufficient sulfur.
(4) The use environment is poor and it is cut by external force.
(5) The use environment is corroded by chemicals.

4. Radial cracks: rubber cracks along the diameter direction, mostly in the white press-fit type
reason:
(1) The tear strength and aging resistance of the rubber compound are not enough.
(2) The mold is not opened in time after the vulcanization time, resulting in over-sulfur and aging.
(3) Overload.

5. Discoloration: The color of non-marked tires changes, mostly in white inflatable tires
reason:
(1) The overall discoloration is mainly because the white rubber itself contains chemical components that change color after oxidation.
(2) The discoloration in the middle of the sidewall is mainly due to the wrong use of fetal heart rubber, or the use of polluting antioxidants during mixing.

6. Broken edge: simple tire convex edge fracture
reason:
(1) The root of the convex edge is damaged during production.
(2) The strength and hardness of the rubber at the raised edge are not enough.
(3) Improper operation when installing the rim.

9. Middle cracks: cracks occur from the clamping seam after use, mostly in small sizes.

10. Eccentric wear: The left and right sides of the running surface are not uniformly worn after use.
reason:
(1) The hardness of the simple tire flange is not enough.
(2) The inner part of the steel ring is broken.
(3) There is a problem with the axle. 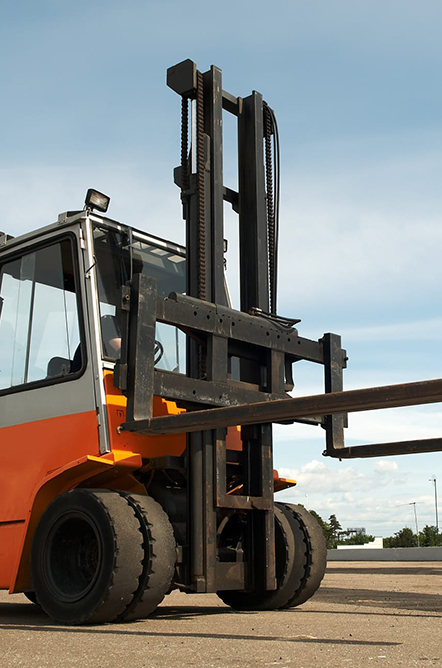 PREV：Why do forklifts use solid tires?
NEXT：What are the reasons why solid tires are rare?